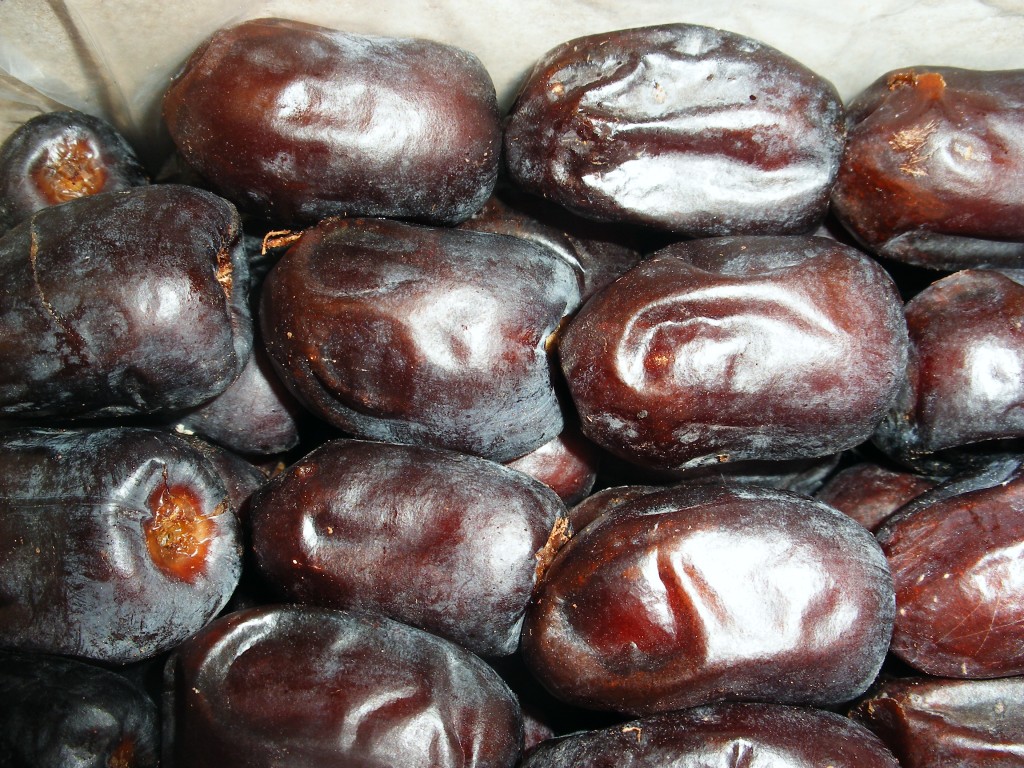 To celebrate the arrival of a lorry load of stuff, at least half of which was dates, and also to celebrate the obligingly Spring-like weather over here in the UK, we made you some datey coleslaw. It will get them talking round the picnic rug.

Ah yes: picnic time. The first of April is Sizdah Bedar, the thirteenth day after the New Year. Iranians are just as superstitious as the next man, and 13 is regarded as a potentially unlucky number. And so Iranians spend it outside, picnicking, welcoming in the Spring (and presumably avoiding accidents in the home). London’s parks fill with Persian families and portable barbecues, to the extent that some less-than-fluffy councils lock their parks on that day. Some more traditional Iranians will also take the opportunity to visit the graves of lost loved ones.

This is also the day on which they release their Nowrooz goldfish into municipal ponds (no, the Thames won’t do), and when they tie knots in sabzeh (wheat grass), make a wish, and throw it into running water. The idea is that the current will carry the sabzeh back to the sea, to Anahita, the goddess of water, and to the Tree of Life, whence everthing springs.

Ingredients (for a big bowlful):

One Response to The World’s Poshest Coleslaw. Veggieslavia meets Veggiestan.